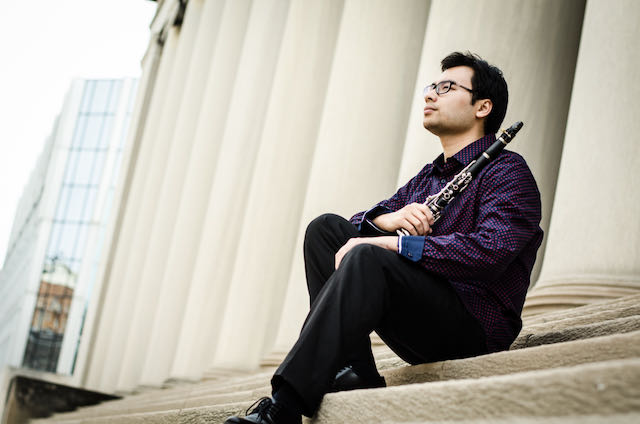 Le Lu is an active educator and performer in the Greater Toronto Area. He is currently an  Itinerant Music Instructor with the Toronto District School Board and a Clarinetist with HMCS York. He  has appeared as a clinician for Bayview Secondary High School, The Woodlands School, and the Country  Day School. He has also coached the McMaster Chamber Orchestra clarinet section.

Le graduated  from the University of Toronto with a degree in Music Education and from Carnegie Mellon University  with a MM in Clarinet Performance, he is a recipient of the Sid Oue Memorial Scholarship, the National  Honour Award from MusicFest Canada, the David and Marcia Beach Summer Study Award, and the  Norman and Hinda Tobias Memorial Scholarship from the University of Toronto. He also has won both  Peel and Kiwanis Music Festival Open Class Competitions and performed concerti with the Mississauga  Youth Orchestra, the Linus Chamber Orchestra, and the National Academy Orchestra of Canada.

As an active freelancer, Le has performed with the National Ballet of Canada, North Bay Symphony, Jeans n Classics Symphony, Toronto Sinfonietta, Windsor Symphony, the Brott Music Festival, and the Festival of  the Sound. He has performed with International Soloists Emmanuel Pahud, Emanuel Ax, and Bassist Jim  Creeggan from the Barenaked Ladies. Le is excited to be a part of the Untitled Ensemble and make his  debut with them during this post-pandemic transition.