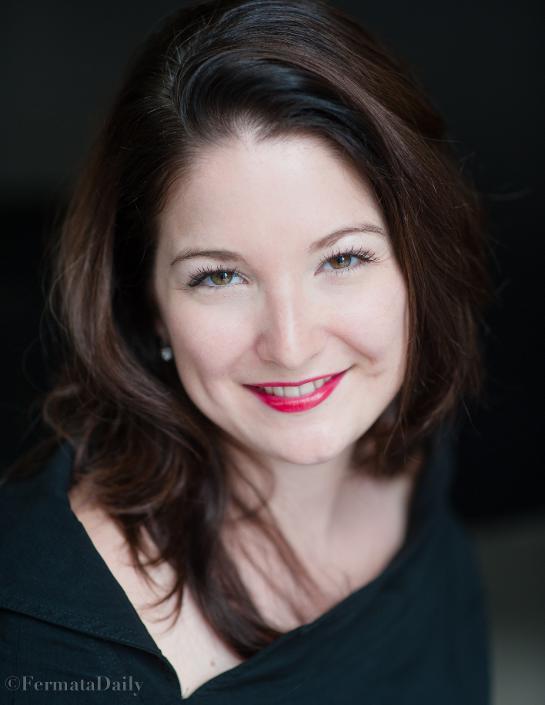 Known for her charisma and musicality, the soprano Roseline Lambert is a polyvalent artist. She received her M.Mus in 2012 from the University of Montreal, where she studied with Ms. Yolande Parent.

Roseline first distinguished herself in baroque music, performing in Bach’s Wedding Cantata and Buxtehude’s Membra Jesu Nostri, under the direction of Margaret Little. She has participated in many celebrated summer programs such as the Académie Francis Poulenc (Tours, France), the Tafelmusik Baroque Summer Institute (Toronto, Canada), the Britten-Pears Young Artist Programme (Aldeburgh, Angleterre) and the Toronto Summer Music Academy (Toronto).

In September 2013, she made her operatic debut performing a stunning Musetta (La Bohème - G. Puccini) produced by Opéra Immédiat (Montreal, Canada). In early 2014, she moved the audience singing the angel Gabriel in Haydn’s Creation, conducted by Maestro Louis Lavigueur, and took part, as a soloist, in Carmina Burana, under the direction of Andrew Megill (Chamber Chorus - Orchestre Symphonique de Montréal). In the fall of 2014, she was on tour singing Norina (Don Pasquale - G. Donizetti) with  Jeunesses Musicales Canada.

Ms. Lambert recently made an impressive performance in the Pop-classical concert "Les Trois Accords Symphonique". Presented by the OSM in the fall 2014 under the direction of Simon Leclerc, this concert was warmly welcomed by more than 30,000 people as part of the Just for laughs Festival of Montreal in summer 2015.