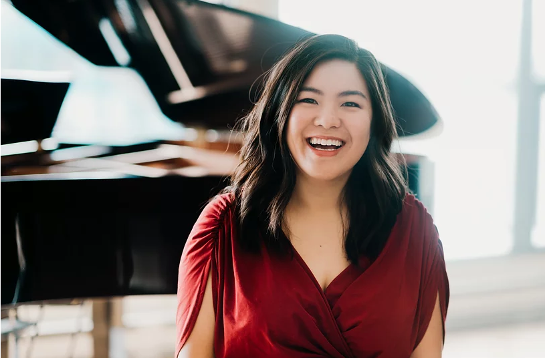 Born and raised in Vancouver, BC, Deborah Hui now enjoys a multi-faceted career as a collaborative pianist, chamber musician, and teacher in Toronto, ON. She has appeared at the Tuscia Operafestival, Toronto Latin American Flute Festival, Colorado College Summer Festivals, Vancouver International Song Institute, and has recorded for Colorado Public Radio. An enthusiastic performer of contemporary music, Deborah enjoys working with living composers, and has performed at the Guelph Fringe Festival, fresh inc Festival, the Pendulum New Music Series, and with Tapestry Opera. Notable collaborations include performances with Joseph Robinson (former principal oboist of the New York Philharmonic) and Bonita Boyd (flute professor at the Eastman School of Music). She has performed in numerous masterclasses, including those of Sir James Galway, Martin Katz, Lori Laitman, Jon Nakamatsu, and Nathan Gunn.

As a teacher, Deborah aims to stretch the musical horizons and capabilities of her students, and teaches classical and pop styles. She maintains a busy private studio, working with students of all ages. Prior to moving to Toronto, Deborah was a vocal coach at the Interlochen Arts Camp, guest lecturer at Colorado State University, and teaching assistant at the University of Colorado Boulder. Apart from teaching and performing, Deborah is passionate about community engagement in the arts and enjoys partnering with organizations with similar goals. She has worked with Theatre Under the Stars (Vancouver), the Lutheran Summer Music Academy and Festival (Decorah, IA), and Vancouver Urban Ministries. Recently, Deborah was an artist-facilitator with ArtsCan Circle and taught music lessons in northern Ontario for a week-long residency.

Deborah studied at the University of British Columbia, Baylor University, and holds a DMA in Collaborative Piano at the University of Colorado Boulder. Her mentors include Miranda Wong, Rena Sharon, Kae Hosoda-Ayer, Jane Abbott-Kirk, Alexandra Nguyen, and Margaret McDonald. When she is not at the piano, Deborah can be found near coffee, wandering around Toronto's multicultural neighbourhoods, or following recipes loosely in the kitchen.