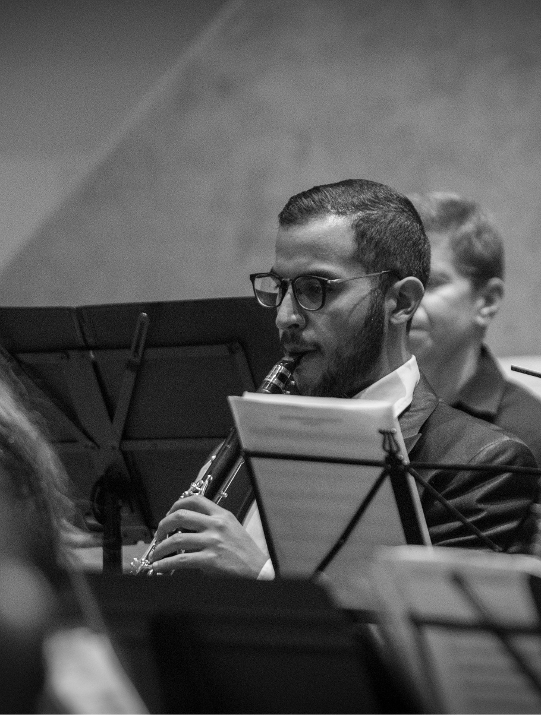 Originally from Venezuela, Carlos began his musical studies on violin at the age of 10, and later on clarinet under “El Sistema” the world renowned program of musical immersive training started in 1975 by José Antonio Abreu.

Carlos actively participates in the musical community within Toronto; he is currently acting as Associate Conductor with the Summerhill Orchestra in downtown Toronto and performs on both clarinet and violin with many orchestras in the GTA including Orchestra Toronto, Greater Toronto Philharmonic Orchestra and North York Concert Orchestra.

Carlos has been invited to perform as guest artist and teacher in various festivals, seminars, and special concerts in Venezuela and more recently in Canada with several groups along the GTA including the Oshawa Philharmonic Choir, Scarborough Concert Band, Rouge River Winds, and Opera Belcanto of York.

Outside of music, Carlos obtained a Bachelor degree in Civil Engineering in Venezuela, and a Construction Management Certificate in Toronto, ON where he works full time as a construction coordinator.